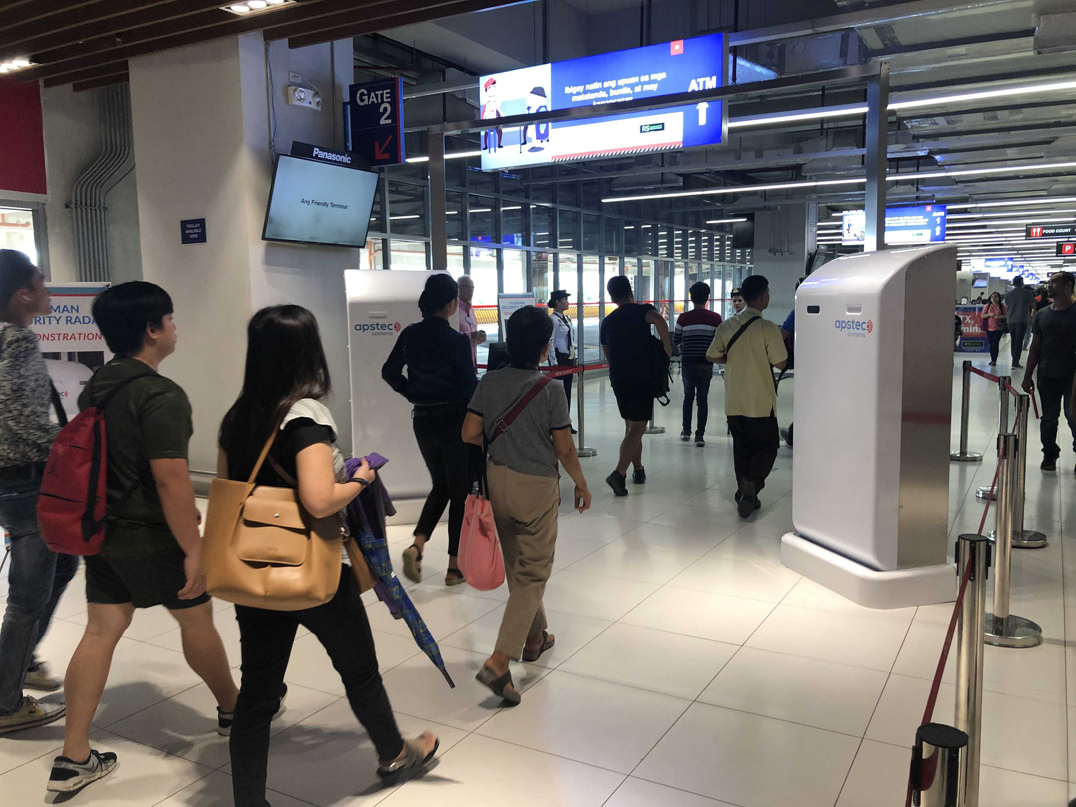 The Philippines has experienced a high number of terror related attacks in the past decade and is in the top ten list of countries "most impacted" by terrorism, according to the 2018 Global Terrorism Index (GTI), released by the Institute for Economics and Peace.  The South Asia region also has had its share of terrorist attacks such as the multiple bombings in Sri Lanka last April 2019.

In response to these, government authorities and private corporations in the Philippines are actively employing innovative approaches to preventing terrorist attacks and ensuring public safety.   A key area of concern is how to improve security for crowded public places without undue disruption or inconvenience.

During the live demonstration in Manila earlier this month, Apstec’s COO, Stephen Cooper OBE, emphasized the benefits of mass throughput people screening using HSR.  Cecilio Lorenzo, President of Cogitat Technologies Inc. (CTI), Apstec’s local partner in the Philippines, highlighted the negative impact of terrorism on business continuity, on infrastructure investments, and on the country’s reputation.  Over the three-day period, the attendees witnessed an actual operation with HSR screening the high volume of PITX passenger arrivals going through the system.

The live demonstration, organized by CTI, was attended by a large number of representatives from the public sector; such as the Office for Transportation Security, Department of Transportation, Department of Interior & Local Government, Philippine National Police, Airports Authority, Rail Transit Authority, Philippine Coast Guard, as well as the Mayor of the City of Parañaque.  Also in attendance were guests from private corporations, specifically from the Hotel & Casino industry and high-end shopping malls.

Johan Adler, Apstec’s Head of Asia, commented: “HSR™ has received significant interest from the public authorities and private organizations in the Philippines.  Its ability to simultaneously screen multiple people in real-time for explosive devices and firearms hidden under clothes and in backpacks makes it a very compelling solution for improving public safety in crowded places.”